By Jaimey Foti on 19 January, 2018 in Conservation

Chytridiomycosis is a disease caused by the Chytrid Fungus (Batrachochytrium dendrobatidis), which has been causing sporadic deaths and other times a 100 per cent mortality rate to different species of frogs.

So where is this fungus?

According to research, the Chytrid Fungus is now widely distributed in Australia in water or wet soil and has caused six species of frog to become extinct. 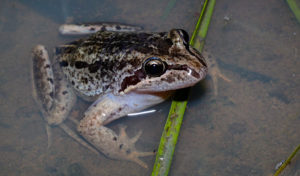 In particular, the fungus is along the Great Dividing Range and adjacent coastal areas in the eastern mainland states of Queensland, New South Wales, Victoria, eastern and central Tasmania, southern South Australia, and south-western Western Australia, and there is no known way to remove it.

In NSW, 22 species, more than one quarter of the total NSW amphibian fauna, have been diagnosed with the disease. There are 3 frogs at a high extinction risk in NSW, identified by their low population, ongoing state and predicted decline of population size. I’ve listed them below:

You can find out if these frogs are in your favourite walking area by using https://www.frogid.net.au/learn. Just plug the frog’s English name in the search bar for some info, pictures and frog sounds.

There are various fieldwork programs in place made from volunteers, frog experts and enthusiasts. The Northern Corroboree Frog Captive Breeding and Release Program is one example; the frogs take 5 years to mature, so breeding, raising frogs followed by their release and monitoring involves a timeline of over 8 years.

While there is not yet evidence of being able to remove the disease, some research has found that the frogs are building an immunity to the fungus, so with long-term methods like the Captive Breeding Program, our NSW frogs still have a chance to adapt. 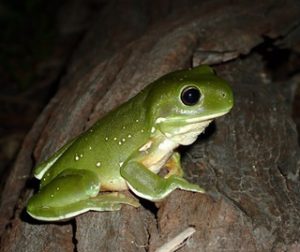 As bushwalkers, we can play our part too.

If we’re sloshing through creeks near where frogs hang out, we might want to look at brushing up on our Solutions and have a think about how we clean our gear before and after the walk.

We can help mitigate controllable threats, such as habitat degradation, and preserve our wild places!

For more info, see the links at the end of this article.

Advice to the Minister for Sustainability, Environment, Water, Population and Communities from the Threatened Species Scientific Committee, including locations: