It is time to explore past history of Bushwalkers Search and Rescue via the web.  Search and rescue in NSW has evolved considerably since Bushwalkers Search and Rescue was established in 1936 as the S & R Section of the NSW Federation of Bushwalking Clubs (now Bushwalking NSW).  In the early days radio communication did not exist and helicopters only came into common use during the 1970s.  The files also provide a snap shot of bushwalking history as equipment and knowledge improved so new areas were explored. Newspaper items are featured. 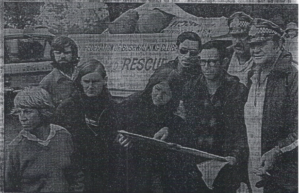 Highlights in this past history include the first search in 1936; major searches for missing school girls during 1960s; the amazing rescue of Dennis Rittson from Kalang Falls in 1970; 1982, three killed in a sudden flash flood of Claustral Canyon; 1993, the search for crew of a plane crash in the Kanangra Boyd area; numerous reports of Barrington Tops searches over many years for a Cessna lost in 1981 plus much much more.

Unfortunately while there are a number of deaths there are far more successful outcomes.

Bushwalkers S & R has also changed as s & r methods have improved so it is now part of NSW SES as Bush Search and Rescue NSW.

Start exploring at the link below.  (Be amazed!)